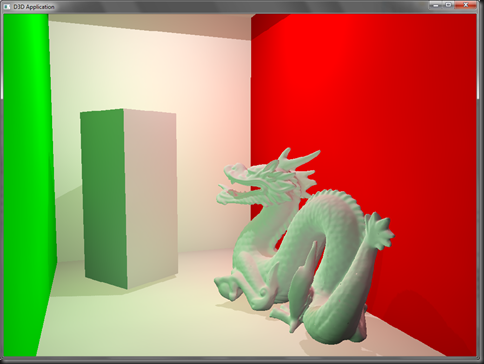 This comes a little later than I wanted, I hadn’t factored in Crysis 2 taking up as much of my time as it did last week :-)

I’ve been using Nvidia’s Optix raytracing API for quite some time, and decided that a good introduction to Optix and what it can do for you would be using it in an Instant Radiosity demo. The demo is fairly large so I won’t cover all of it here, as that would be entirely too long of a post, but just the main parts.

Instant Radiosity is a global illumination algorithm that approximates the diffuse radiance of a scene by placing many virtual point lights that act as indirect light. The algorithm is fairly simple: for each light in the scene you cast N photon rays into the scene. At each intersection the photon either bounces and another ray is cast or, through Russian Roulette, is killed of. At each of the intersections you create a Virtual Point Light (VPL) that has the same radiance value as the photon. Once you have these VPLs you render them as you would any other light source.

One optimization that the demo makes is to divide the scene into a regular grid. For each grid voxel, we find all the VPLs in the voxel and merge them together to form a new VPL that represents the merged VPLs. Any voxels that don’t contain any VPLs are skipped. This dramatically reduces the number of VPLs that we need to render, and trades off indirect accuracy for speed. The following couple of shots demonstrate this idea. The image on the left shows the VPLs as calculated from our Optix program. The image on the right shows the merged VPLs. 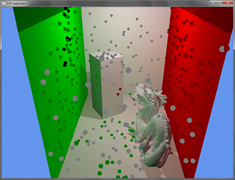 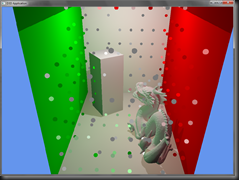 Optix is Nvidia’s ray tracing API that runs on Nvidia GPUs (on G80 and up). Giving an overview to optix could take many blog posts so I won’t go that in depth here. There are a couple of SIGGRAPH presentations that give a good overview:


So here we cast a randomly oriented ray from a hemisphere oriented about the direction of the light. Once we have our ray, we setup a ray data packet that will collect data as this ray traverses the scene. To cast the ray we make a call to rtTrace, providing the ray and its data packet.

Next we have our material program. This program is called when a ray hits the closest piece of geometry from the light. And it is responsible for updating the ray data packet, placing a VPL, and deciding to cast another ray recursively if we’re under the maximum number of bounces.


With both of these programs created we need to launch our optix program in order to generate the VPLs. When we’re done running the optix program, we gather all the VPLs into a grid, merging lights that are in the same voxel. Once the VPLs are merged, we add them to the deferred renderer.


Now for some eye candy. The first set are your typical cornell box + dragon. In the Instant Radiosity shot you can see the light bleeding from the green and red walls onto the floor, the dragon and the box. 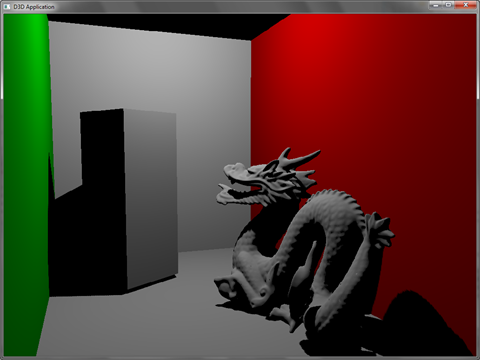 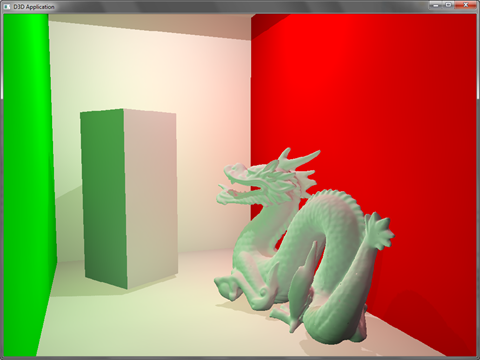 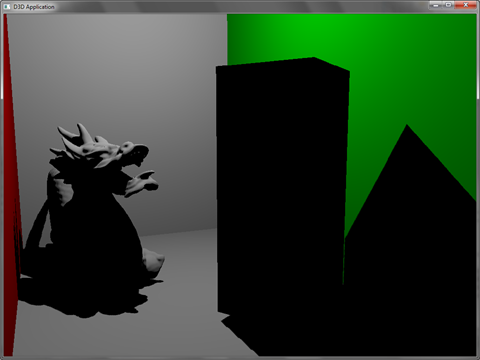 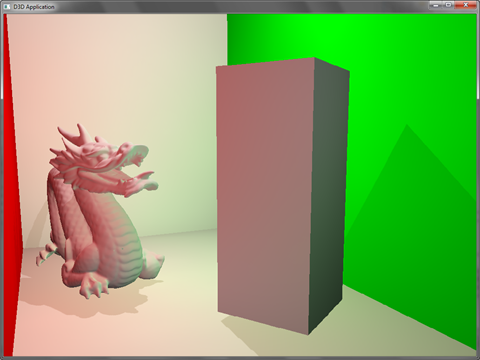 The next set is from the sponza scene. Here too you can notice the red bounced light from the draperies onto the floor and in the ambient lighting in the shadows. 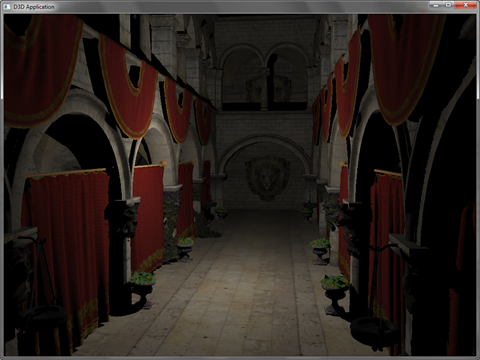 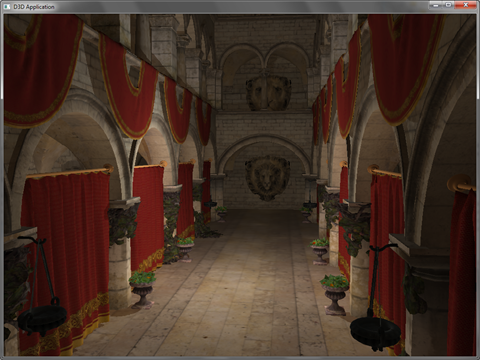 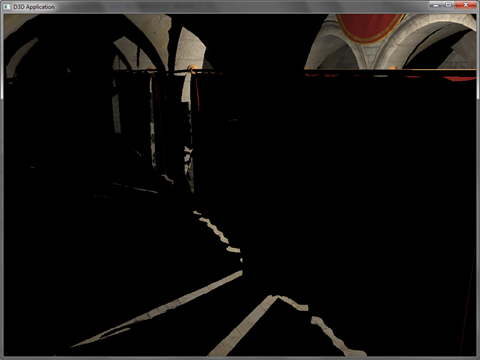 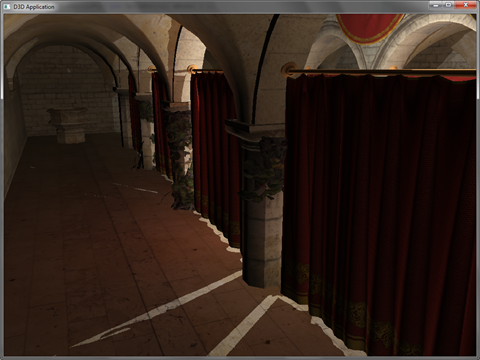 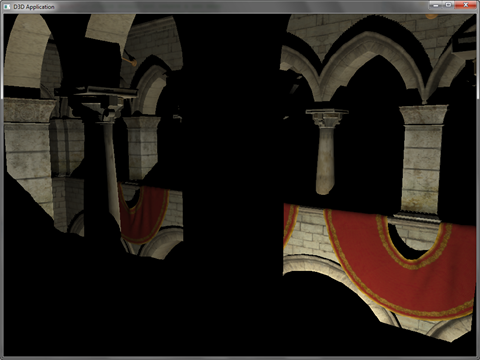 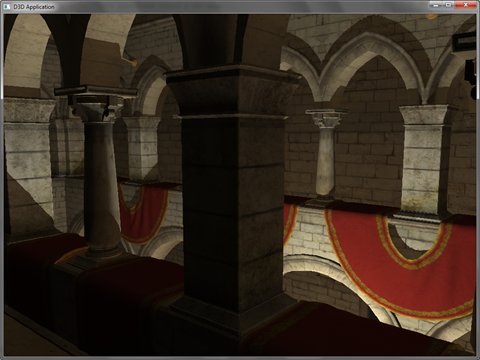 Files of interest are in the Demo project: OptixEntity.cpp and InstantRadiosity.cu.